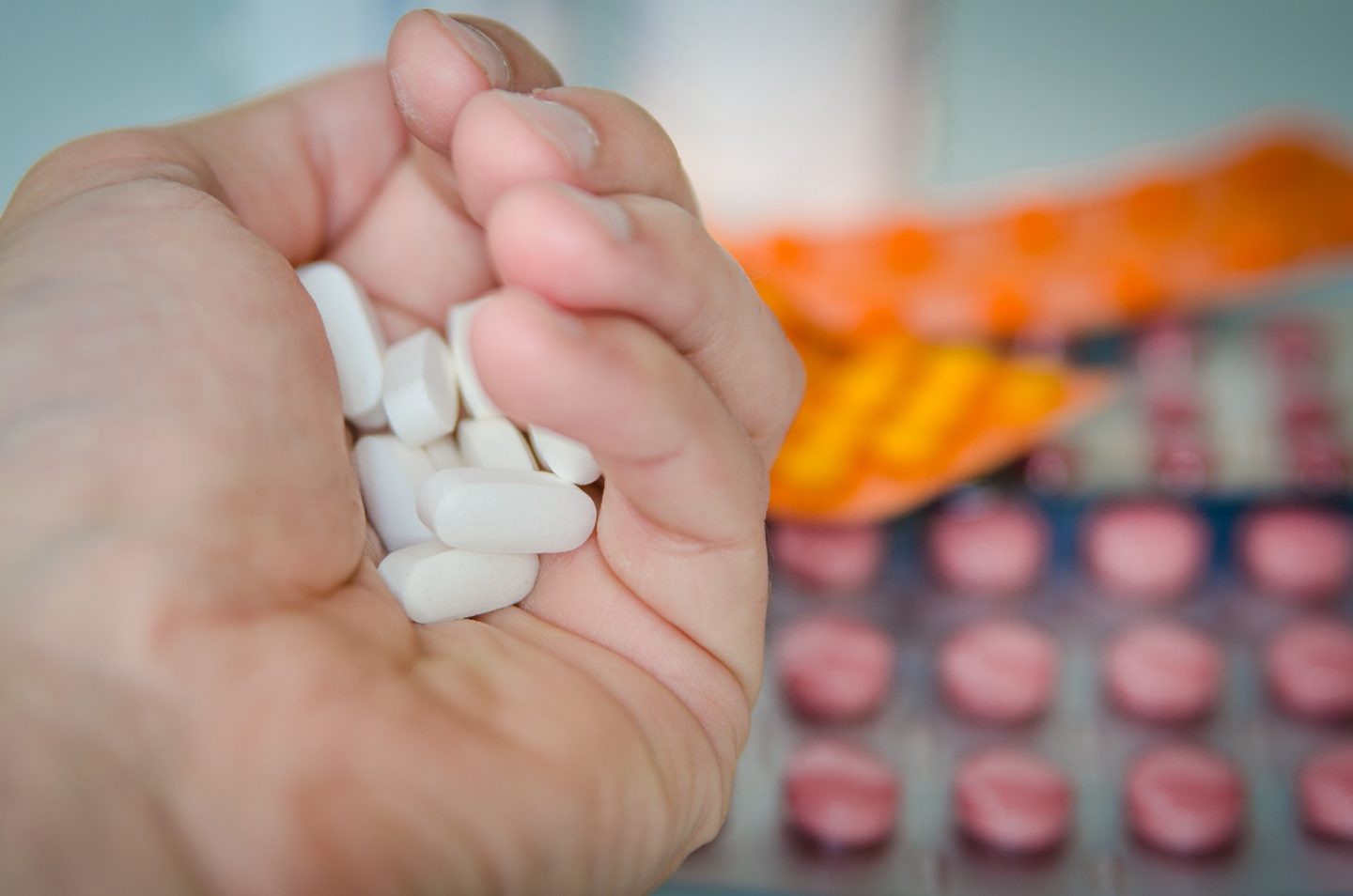 Medicine hasn’t always been the same in our long history. There have been new and crazy discoveries in the medical field with blood types, radiation, transplants, artificial organs and so much more in the past 100 years. We’ve come so far in so many ways, is it possible we’ve also fallen behind a few steps in our search for cures and health?

You live in a fast-paced world, constantly on the run and seeking quick satisfaction and quick cures. That’s the way of life. You’ve become so accustomed to the fast-paced world of popping a quick pill to dull the aches and pains you hardly think of what that pill is doing to your body or the root cause of your pain.

Pain pills simply mask the pain to allow you to push more. But when does it end? When will you become so tired of pain you begin to search for the root of it, and hopefully, be free of your ailments for good?

You cover up cuts with band aids to protect them from dirt and bacteria. Is covering up your pain helping, or prolonging the root of the issue?

Samuel Hahnemann, a German Physician who coined the terms Homeopathy and Allopathic, believed that or Orthodox Medicine masked the symptoms rather than curing the root problem. Is it possible that Aspirin, Tylenol, or Naproxen or any other over-the-counter and prescribed pain pills are made to dull the pain and the need to fix the root of the problem?

You are the master of your body, so take control by first educating yourself. How do you want to live your life? Pain free and full of life? Or burdened with pain and exhaustion?

There was once a time before we had the science of today to address major healthcare issues. There was a time when we had to slow down and rest in order to heal our sick bodies so that we could perform at our best. Nowadays, you are so busy, you hardly give yourself time to rest and recover. The pain pills you have access to dull the ache so you can keeping going day in and out. You live in an age of convenience and speed and it makes all the sense in the world to take the pill and move on. Maybe it’s time to slow down, take a day off and spoil yourself.

There is an herb called Valerian that relaxes and eases . This isn’t a pill you pop and go on, expecting the numbing the begin. This is the herb you take and then rest after, allowing your body to heal.

Tylenol is a common over-the-counter drug available at most general stores and pharmacies. Tylenol contains acetaminophen which is typically unless it’s taken on a daily basis to pain and/or in large doses. Acetaminophen can cause sever liver damage which could lead to death.

Did you know the medicine and drugs we take now are based on the many traditional healing methods? But these natural herbs, no longer in their original state, have been patented and changed so much they no longer hold the strength and purity they used to. Some herbs have been misused and abused as well as being labeled illegal and dangerous to consume. Cannabis, for example, commonly known as Marijuana, is a very powerful and beneficial herb when used properly.

According to green-flower.com Cannabis can fight cancer, regulate and prevent diabetes, help with weight loss, help depression, and so much more. The strength and other properties of this plant, the healing and useful side of Cannabis, has been largely ignored and instead the focus is on all of the negative. While it is indeed true cannabis can be dangerous or addicting if one doesn’t take care to use it responsibly, it is not as dangerous as one may think, especially if healthcare officials used it properly and respectfullly.

Misinformation in healthcare is a dangerous thing.

“Education is the most powerful weapon which you can use to change the world.”

According to modernhealthcare.com, 1 in 20 adults in the US are misdiagnosed during outpatient visits. Researchers concluded that is more than 5% of the adult population in the US, or 12 million people. Researchers also stated that one-half of those misdiagnoses has the potential to lead to worse conditions for the patient. Researches believe that the reason behind the misdiagnoses is within the structure of outpatient systems, cognitive biases, and unclear clinical guidelines.

Dr. David Newman-Toker says, “Although this may numerically be the biggest patient-safety problem, it’s the bottom of the iceberg.” He goes on to say, “Efforts to make improvements in other areas-like wrong-side surgeries and hospital-acquired infections- have really taken off, but there is very little reporting on diagnostic error.”

“Doctors just don’t have much time.”

He states that physicians often have 8 to 10 minutes to make clinical decisions and are therefore forced to make important decisions without complete information. One example Dr. Otis gives is colon cancer as it can be easily missed. Common symptoms like a stomach ache or diarrhea can be associated with other conditions.

The pressure doctors feel to get patients in and out is what fosters medical error. Learning as much as you can about your health and medical history and your family’s medical history can be extremely beneficial for you.

There was a man born in 1755 who wanted a medical system that worked and “healed” rather than continue in a state of medical confusion. His name was Samuel Hahnemann. He searched for an answer and found what he was looking for: Education and then went on to educate many others. He codified the Law of Similars into a systematic medical science that we can use today. This system existed in many old cultures and traditions but didn’t have the scientific proof that Samuel provided. This Law and science is now available to you.

Homeopathy which is known as “the treatment of the disease by minute doses of natural substances, that, in a healthy person would produce symptoms of the disease.”

Homeopathic doctors aren’t pressured like typical orthodox doctors so therefore they have more time to properly diagnose and treat illnesses and diseases.

There is no doubt that there is a mountain of stigma associated with Homeopathy and natural medicines. It is much easier to find a local doctor rather than spending possible hours searching for a Homeopathic doctor nearby who knows and understands the power and importance behind what they’re doing.

In the end it comes to what is best for you and how you choose to educate yourself.

Get The Skinny On The Latest About: Everything You Think You Know About Healthy Eating Is Wrong! … Or Is It?

Get Social With Us!

You may also enjoy:

This site uses Akismet to reduce spam. Learn how your comment data is processed.

Disclosure: We may receive commissions when you click our links and make purchases through our trusted affliliates. However, this does not impact our reviews and comparisons. We try our best to keep things fair and balanced here on Get The Skinny On Everything, in order to help you make the best choice for you.

The things I say on this podcast 😏

Disclosure: We may receive commissions when you click our links and make purchases through our trusted affliliates. However, this does not impact our reviews and comparisons. We try our best to keep things fair and balanced here on Get The Skinny On Everything, in order to help you make the best choice for you.